A downloadable game for Windows

Deathroned is a hectic first-person shooter in which the player takes on the role of a powerful sorceress making her way within an enchanted palace inspired by One Thousand and One Nights. The random generation of its levels every time the game is played and the freedom to modify the combat style in real time make every playthrough a unique experience.

A rediscovery in every playthrough. Explore an enchanted palace that changes every time you play.

An atmosphere out of a dream. Traverse a beautiful setting inspired by the legendary magic of One Thousand and One Nights.

Our most sincere gratitude our former coworkers and those that stood up for us and helped us during the birth of this beast, we wouldn't have got this far without them.

Now we have our own music!

CPU i3 or similar

CPU i5 or similar

You can experience the full Deathroned experience from your controller. Note that it will show Xbox One buttons, but you can acctually use any standar controller (like a DS4) as long as you keep in mind the Xbox layout.

Ironically until now mouse and keyboard was not fully supported, but fear not, we gottcha!

You can check keyboard and gamepad controls in the pause menu.

this game is nice, just needs more things and features, and maybe when its in early access build release it on steam.

are you going to make a full game out of this?

I am waiting for full keyboard and mouse support before I play, but this looks interesting.

Give it a try if you wish!

I just finished the demo, and wow!

You did a great job, Deathroned is very promising :)

Im not sure if this is a known bug, my gamepad was unplugged (it's an xbone pad) and the game still booted with ps4 button icons (I saw mice and kb in the trailer so that's why I ask).

I inadvertently found the dust and gem cheat keys, so that was nice :D Also I was quite surprised to see a gamepad recommended, wouldn't pushing KB/M be more in tune with the audience you're aiming at?

Thanks again for this great demo, I look forward to seeing more from you!

Hi, thanks for playing and for the feedback, much appreciated.

Right now we only have the PS4 buttons implemented in the interface, although it works with any controller, that's why they didn't change, but we are planning on changing that later.

KB/M controlls are being redesigned and hopefully won't take us much longer to release an update alongside the previous stuff, we'll make a press release and notify you guys when this gets out :)

Again, thanks for playing, have a nice day!

So this looks great, and the tutorials make it sound like a cross between Zigurrat and Lichdom: Battlemage, which is awesome.

But I can't play without being able to invert the right stick.  Is there an option for this that I maybe overlooked?

We'll have that in mind for future builds

We Updated the build, now you can download it :)

This was pretty fun, kinda low res for a p.c game but would be great in some multiplayer aspect! I look forward to the whole game!

We are sorry you had to play it in low res. Right now the game auto adjustes the settings for a better performance. We'll be working on that as soon as possible.

Glad you liked Deathroned, and thank you for playing!

it kind of reminds me of overwatch

I thought the same thing!!!

Super Awesome game! Wish my computer could fully handle it but I still can't wait to play more! Seriously, awesome job! Made a video, hope you enjoy!

Hi Cyberwolf!! Thanks for the video and sorry about the optimization.

Man I wanna try this on the world's most powerful console !!!!!

Upgrades? UPGRADES? I was not ready for this. Nor was my pc. Still in love.

I'll echo the M/KB menu concerns. Seems weird to me to make a PC FPS that's controller-first. But hey, what's there so far isn't bad, and with the right amount/types of content I think it could be quite good!

Thanks hupfen for your words.

You download it for PC, but our objective is a national console contest.

Ah! That makes more sense then.

Had to give it a second go to try out some different cards. I'm in love with the shards with damage boost! Also tried playing with M/KB and found the game to control a lot better, but with little usability in the menus or spell swapping. Still, had an absolute blast! Hope the additional feedback is of use to you!

CoalFire, thanks a lot for this. Really appreciated!!
Btw, there is a shop on the middle room, you can upgrade your cards and buy new ones! (Try to upgrade the grenades ;)

Perfect, now I have an excuse for a third episode :)

Is there an option to lower the graphics quality? At some point, it gets really laggy on my laptop.

Sorry to hear that. There isn't a way to do it. Try to boost your performance and close other apps such the browser. Hope it helps enough.

Right now this is just a demo we are showcasing. I hope you have fun still.

Of course man, it's a great concept & demo! Thanks for replying

This is amazing. Thank you guys

this looks beautiful i cant wait to play!

Sorry to see that! It is just a demo that we didn't optimice absolutely.

So this is just damn good. I've always wanted a fast paced magic based first person shooter and you've delivered in spades! I had a couple minor quality of life criticisms at the end concerning audio design, attack tells and audio cues, but this is a damn fine demo!

Hey there! The game looks awesome and I'm excited to play, but I'd consider contacting the itch moderators and requesting some extra upload space on-site. External downloads can turn a lot of people away. Best of luck to you and your team! :)

Thanks!! That is an actual problem, I will ask them. thanks for the advice ;) 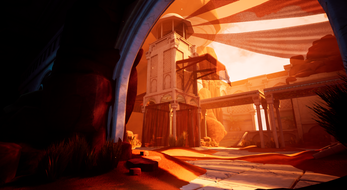 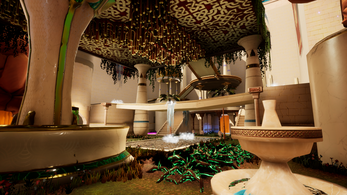 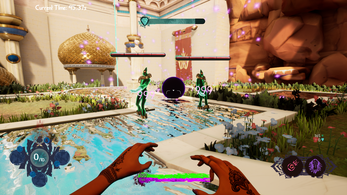 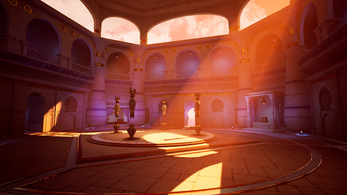 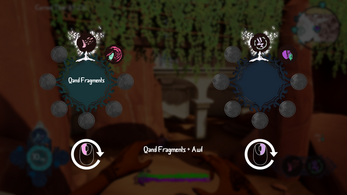 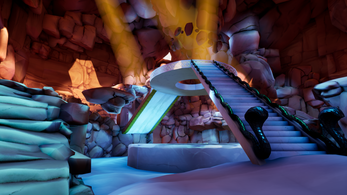 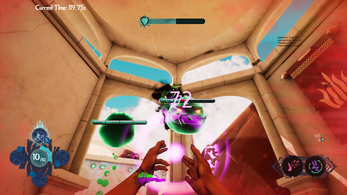